How can this be? Unitarian Universalists getting excited about public statements by the leader of the Roman Catholic Church? 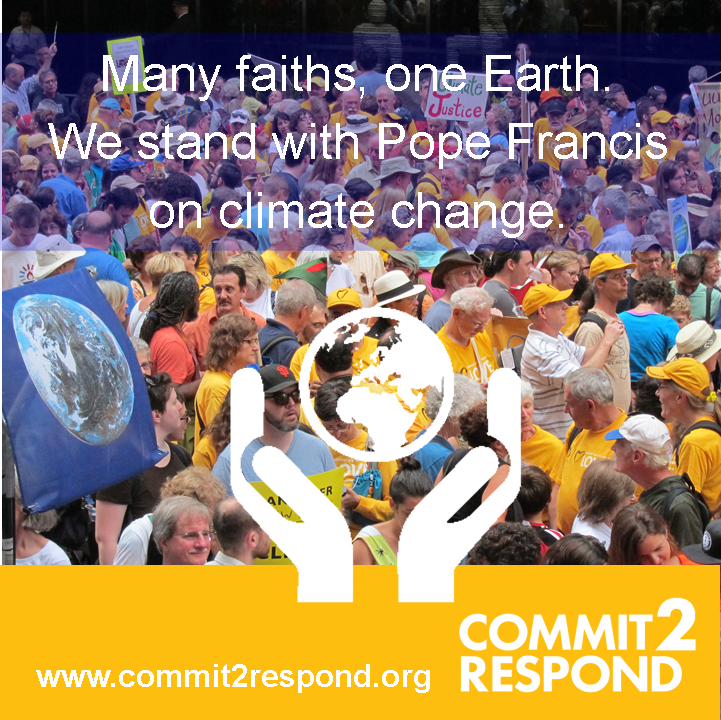 That’s what Rev. Peter Morales did after the Pope Francis released his encyclical on climate change.

Here’s what Morales and Bill Schulz of the UU Service Committee had to say about the pope’s message:

The crisis of climate change is the gravest threat facing our world today, and as people of faith and conscience we are called to respond to the moral imperative to advance climate justice.

We therefore applaud Pope Francis for focusing the world’s attention on the threat of climate change by issuing “Laudato Si,” or “Praise Be to You,” a papal letter addressed not just to Catholics but to “every person living on this planet.”

We are especially gratified by the Pope’s emphasis on the effects this crisis is having on the world’s lowest-income and most marginalized communities. “A true ecological approach,” writes Pope Francis, “must integrate questions of justice in debates on the environment, so as to hear both the cry of the earth and the cry of the poor.” We hear those cries.

We wholeheartedly agree with the Pope’s statement that “We need to strengthen the conviction that we are one single human family. There are no frontiers or barriers, political or social, behind which we can hide…”

The encyclical repeatedly asserts the interconnectedness of all life and calls for “the honesty needed to question certain models of development, production, and consumption.” We in the developed world will need to make difficult choices to effectively address this climate crisis.

Pope Francis urgently appeals “for a new dialogue about how we are shaping the future of our planet. We need a conversation which includes everyone, since the environmental challenge we are undergoing, and its human roots, concern and affect us all.” Unitarian Universalists have initiated just such a dialogue with Commit2Respond, an unprecedented coalition of UU groups and people of conscience devoted to shifting to a low-carbon future, advancing the human rights of communities affected by climate change, and growing the climate justice movement.

As people of faith, Unitarian Universalists and our allies are called to respond to this crisis in ways that recognize our position in the interdependent web of all existence.

“An interdependent world not only makes us more conscious of the negative effects of certain lifestyles and models of production and consumption which affect us all; more importantly, it motivates us to ensure that solutions are proposed from a global perspective, and not simply to defend the interests of a few countries. Interdependence obliges us to think of one world with a common plan… A global consensus is essential for confronting the deeper problems,” says Pope Francis.

We encourage everyone to commit to respond by advocating for climate justice with your elected officials and to call upon our nation’s leaders to bring bold, innovative plans for addressing the climate change crisis to the United Nations Climate Change Conference in Paris later this year.

And we encourage our Unitarian Universalist faith community to reach out to other faith communities to explore ways to work together to address the crisis of climate change.

Only through such coordination and collaboration can we hope to effect change at the local, national, and global level. The time for action is now.

Many faiths, one Earth. We stand with Pope Francis on climate change.

Tonight at 6:30 Cindy Cohen and Suzanne Perry are going to stand on the side of love at 7th and Washington.

Meet up and go together. Email Cindy or Suzanne:

TIME TO STAND ON THE SIDE OF LOVE

I’m too far away (Massachusetts) to slip into my yellow LOVE shirt and join them, but I hope at least some Connector readers will use the comments on this blog and perhaps the FirstU Facebook to get organized and participate. I’ll bet Rev. Roberta will go with you if you ask her.

Hope to see you all at our Coalition to Dismantle New Jim Crow meeting, tonight, August 3, First Unitarian Church of Wilmington, 730 Halstead Road at 6:00 PM in the Sanctuary.

We’ll be viewing and discussing a 68-minute documentary by Matthew Pillischer.

“Broken On All Sides: Race, Mass Incarceration & New Visions for Criminal Justice in the U.S.” explores the intersection of race, poverty, and the criminal justice and penal systems, centering on Michelle Alexander’s groundbreaking theory in the book, The New Jim Crow.